Khordha )is a city and a municipality area in Khordha district in the Indian state of Odisha. Bhubaneswar, the capital of Odisha, belongs to Khordha district and is only 25 km from Khordha town. Odisha State Highway 1 and National Highway 05 runs via this town.

It was the capital of Odisha from 1568 to 1803. It is also known for its fort, often described as the "last independent fort". The commander who kept it free from British East India Company was ), Bakshi Jagabandhu, popularly called 'Paika Bakshi'.

The Savaras tribal group, who are still to be found in the district in some pockets, once heavily populated the area. Khurda came into prominence when the first Rajas of the Khordha dynasty, Ramachandra Deva, made it the capital of his kingdom during the last part of the 16th century. Khurda suffered repeated onslaughts from Muslim and Maratha cavalry but its royal house retained independence till 1804 when the British East India Company dispossessed Raja of his territory following the Second Anglo-Maratha War.

Khurda occupies a distinct place in the historical map of Odisha. Khurda was the capital of Odisha Kingdom from 1568. The British government took Odisha under its rule in 1803. But it could not include Khurda in its territory till 1827. The strong protest from Paikas of Khurda shook the backbone of British rule in Odisha. Khurdagada is known as the "Last Independent Fort" of India. Now the remains of this historic fort lie as an evidence of India's glorious past. Bhubaneswar, the capital of Odisha belongs to this district.

Kedareswar Temple :
Dedicated to Siva (who is also called the Kedareswar) and Goddess Gouri, the temple is situated within the same premises next to the Mukteswar Temple. The legend goes that king Lalatendu Kesari, after a tragic episode relating to two lovers Kedar and Gouri, had built this temple in their memory.

The three ruined temples, commonly known as Lakshmaneswar, Bharateswar and Satrughneswar, standing in a row opposite and the much later Rameshwar temple are generally regarded as the earliest temples, being assigned to the closing of the sixth or beginning of the seventh century A.D.

According to an inscription originally attached with the temple (now missing), the temple was built to enshrine a linga called Brahmesvara by Kolavati, the mother of Somavamsi king Uddyotakesari, in the latter's eighteenth regnal year at a locality known as Siddhartha at Ekamra. Thus the temple provides a datum line in the chronology of Orissan architecture.

Megheswar :
According to an inscription the Meghesvara temple along with the tank near it, came into existence at the instance of Svapnesvara, brother-in-law of the Ganga king Rajaraja (circa A.D.1171-92) during the reign of the latter's brother Anangabhima (circa A.D.1192-95).

Parasurameswar :
This is the best-preserved specimen of the early group of Orissan temples assignable to the 7th century A.D. It has a flat-roofed rectangular pillared hall (Jagamohana) attached to a "Triratha" Sanctum (Deul) about 12.8 metres high, which carried a squat heavy-shouldered Sikhara. Its carvings are known for their simple charm.

Rajarani :
Picturesquely set the Rajarani temple is a combination of grace and elegance, famous alike for its sculptural embellishments and the unusual formation of its tower. Facng east, the double amlas, crowning some of the anga-sikharas are reminiscent of the Kandariya Mahadeva temple of Khajuraho. Built in the 11th century the specialty of this temple is that it has no presiding deity.

Siddeshwar :
Signalling the end of the first phase and anticipating the second phase, the Mukteswar temple, facing west is an important landmark in the progressive course of the architectural movement in Bhubaneswar. To the north-west of the Mukteswar temple is the Siddhesvara temple. The temple is a specimen of the khakkhara Order, in which the emergence of the typical Orissan form is almost complete.

Lingaraj temple:
The product of the accumulated and crystallised experience of several centuries, the Lingaraj temple, built in 617-657 A.D., is the quintessence of Orissan architecture. In the elegance of its proportions and the richness of its surface treatment, it is one of the most finished and refined manifestation of temple architecture in India.

Dhauli :
The Peace Pagoda built by the Kalinga Nippon Budha Sangha in 1973 and known as Shanti Stupa commemorates the change of heart of Emperor Ashok and the journey of Buddhism to the nation. There are two temples at Dhauli. One of Vairangeswar Mahadev and Dhabaleswar Mahadev. The proclamations of Emperor Ashok are recorded in Prakrit language in bhramin script on the rock of Dhauli on the Southeast end.

District Headquarter: Khordha
State Capital: Bhubaneswar
Nearest Railway Station: Bhubaneswar
Nearest Airport: Bhubaneswar
How to Reach:
The nearest airport is Biju Patnaik Airport, Bhuwaneswar, which is 6 km away. Well connected by rail to all major tour destinations of the country. Bhubaneswar is on the National Highway linking Kolkata 480 km to Chennai 1225 km. There are only a few buses specifically plying to the caves but there are plenty going by the near by road junction. Otherwise you can also avail private cars and taxis from Bhubaneswar station

NandanKanan :
Nandan Kanan National Park has situated 20 Km from Bhubaneswar, the capital city of Odisha, India. The name Nandan Kanan means Garden of Pleasure, which gets justified when one enters the park. Along the banks of Lake Kanjia and amidst the natural forest, is located. The Zoo has earned International Reputation for breeding of white royal Bengal tiger in captivity and has two separate safaris for Lions and Tigers

There is a Botanical Garden on the northern side of the zoological park overlooking the Kanjia Lake which is a resort of delight for the boating lover. Elephant Ride, toy train and ropeway amusements are also available in the Park District Headquarter: Khordha
State Capital: Bhubaneswar
Nearest Railway Station: Bhubaneswar
Nearest Airport: Bhubaneswar
How to Reach:
The nearest airport is Biju Patnaik Airport, Bhubaneswar, which is 6 km away. Well connected by rail to all major tour destinations of the country. Bhubaneswar is on the National Highway linking Kolkata 480 km to Chennai 1225 km. There are only a few buses specifically plying to the caves but there are plenty going by the near by road junction. Otherwise, you can also avail private cars and taxis from Bhubaneswar station

Khandagiri :
The Khandagiri and Udayagiri Crave relive the memories of Kalinga Empire under the Jain emperor Kharvela. There is about 40 rock cut cave adoring the two hills separated by a road.
It is believed that the founder of Jain faith, Mahavir had visited Udayagiri and khandagiri in the 6th Century B.C. Modern scholars are found in Rani and Hati Gumpha in the Udayagiti with a description of the culture of dance in Orissa as far before as the 2nd century B.C.
Modern scholars are of the opinion that the Udayagiri cave complex was also a theatre complex. Emperor Kharvela was a staunch and a great patron of culture. It is possible that he had created the caves for use of Jain ascetics as well as for cultural shows. 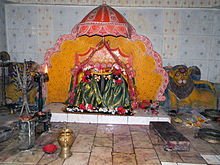